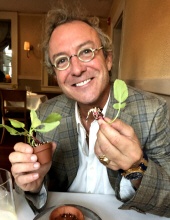 Born on August 27, 1962 in Morristown, NJ, Thomas was a son of the late Charles Edward Johnson and Colleen Johnson.

He spent his freshman year of college at The Citadel and transferred to Emory Univeristy, from which he graduated in 1984. He continued his education at the Medical College of Georgia.

Thomas was an accomplished Radiologist and the owner of IRAD Inc.

He was an active member of the VFW Post 1347 and the Isle of Palms Exchange Club. He was also a member of The Society of the Sons of the American Revolution and The French Huguenot Society.

Thomas was honored to receive The Order of The Palmetto from SC Gov. Campbell for an act of Valor.

He leaves behind his loving wife and adoring son Thomas Clayton Johnson II, a senior at Clemson University.

Thomas is also survived by his three siblings; Charles Johnson of Folly Beach, SC, Jana Johnson Fine (Pat) of James Island, SC and Steve Johnson of Savannah, GA along with many local cousins and extended family.

The burial will be held at St. James Anglican Churchyard at a later date.

In lieu of flowers, memorial contributions in Thomas`s memory may be sent to Shawn Jenkins MUSC Children's Hospital, where Thomas was a benefactor.