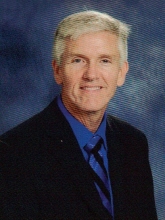 Philip West, 53, of James Island, husband of Laura West, passed away recently. Philip was born in Atlanta, GA on September 19, 1961 to Walter and Mary Frances West. He graduated from Heritage High School in Conyers, Ga and was captain of the marching band. He attended Grace Covenant Presbyterian Church where he was a leader in the youth group and the youth choir. He was also a member of the Atlanta Boys Choir. Philip graduated from King College in 1983 and during college he was involved in the Christian rock band The Olive Branch. He was involved in musical productions and theater during his college years. Philip met the love of his life, Laura, at King College and they married on May 21, 1983, the day before graduation. In high school, Philip felt God leading him into full time ministry and attended Columbia Theological Seminary and received his Doctorate of Ministry in 1988. During seminary in 1985, he welcomed his first child, Ashley. In 1988 he accepted the call to ministry at Winter Park Presbyterian Church in Wilmington, NC and served as youth minister until 1994. While serving in Wilmington, he welcomed his daughter Alexis in 1990 and his son Andrew in 1992. In 1994 Philip accepted the call to First Presbyterian in Roanoke, VA as their pastoral care minister. In 1997 he accepted the call as Senior Pastor at First Presbyterian in Lebanon, TN. He transferred back to Winter Park Presbyterian where he served as associate pastor from 2000 to 2006. In 2007 he accepted the call as Senior Pastor of Harbor View Presbyterian, where he served until his death. He deeply loved his call to ministry at all of his churches and was able to bring many of his experiences to serve the congregation at Harbor View to the best of his abilities. Philip enjoyed music and played multiple instruments. He enjoyed being at the beach and riding motorcycles with Laura. He was a loving husband and father and adored his family. He enjoyed fishing and playing video games with his children. He had a servantâ€™s heart and sought every opportunity to help others. In addition to Laura, his wife of 31 years, Philip is survived by his father, Walter W. West, two daughters, Ashley L. West of New York, NY and Alexis B. West of Washington, DC; one son, Andrew P. West of Charleston; one brother, Rodney W. West of Conyers, GA and one sister, Kathy West Gibson of Tennessee A Celebration of Life will be held on Thursday, November 20 at 2pm at Harbor View Presbyterian Church, 900 Harbor View Road, Charleston, SC 29412. A reception will follow immediately after the service in the church fellowship hall. Condolences may be viewed or submitted at www.mcalister-smith.com. Arrangements have been entrusted to McALISTER-SMITH FUNERAL HOME, JAMES ISLAND CHAPEL, 347 Folly Road, Charleston, SC 29412, 843-614-8494.