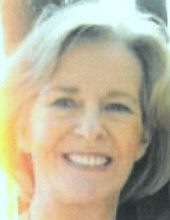 She was born on April 9, 1935 in New York City, daughter of Mary Ochranek Emmel and Louis Emmel.

Eileen grew up on the lower east side of New York City in humble beginnings. She takes after her mother, Mary, as an independent, busy, go-getter. As a single mother she worked in the Fashion Industry as a showroom model, a sales person and finally went on the road in the New England territory, winning what was primarily a man's job. She travelled in her R.V. cleverly turning it into a showroom to lure the buyers away from their distractions. She was very successful in whatever she undertook and was able to retire early. Eileen and Dick moved from Ct. to N.C., where they bought their beloved Evergreen, a beautiful sail boat, and traveled the Intracoastal Waterway down to Fla. with their cat, (she was a fierce cat lover) and feeding manatees heads of lettuce the whole way, and then across to Bermuda. They lived a full life together. When they moved to S.C., Eileen joined the Newcomers Womens club and joined a Kayaking group and a Book Club. Until a year ago, she swam one mile every morning before breakfast and took yoga and pilates classes.

A celebration of life service will be held for both Eileen and Dick at 3:00 pm on Thursday, June 13, aboard the USS Yorktown, where Dick volunteered, in the Smokey Stover Theater at Patriots Point, 40 Patriots Point Rd., Mt. Pleasant, S.C.