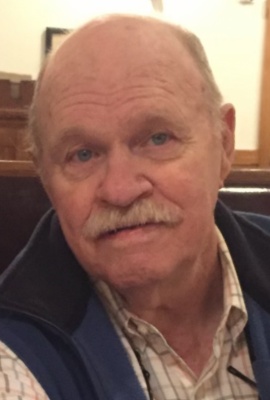 Born on March 13, 1941, Fred is preceded in death by his parents Henry Frederick Odom, Sr and Mary Broughton and a brother-in-law, Don Parmenter.

Fred is a native son of Charleston, SC, having excelled in sports at an early age. He graduated from Bishop England High School where he was MVP of the basketball, football and baseball teams. As a young man, he apprenticed as a pipe fitter at the Charleston Naval Shipyard. His dedication to his work at the shipyard ultimately led to his position as production nuclear refueling manager of submarines, retiring in 1993. At retirement, TJ Porter, Captain USN, Commander of Charleston Naval Shipyard, presented Fred a Certificate of Appreciation for the years of dedicated service to the Charleston Naval Shipyard and our Nation. Following retirement, Fred continued to be active in the community and St John's Catholic Church. He was grateful for the time he was able to spend with his growing number of grandchildren and great grandchildren.

Graveside services will be held at Riverview Memorial Park Cemetery on Saturday, August 28, 2021 at 10:00am.

In lieu of flowers, memorial contributions in Fred's memory may be made to KNCB (Keep North Charleston Beautiful) at
www.kncbdonate.org. See link at the bottom of the tribute page on our McAlister-Smith website.