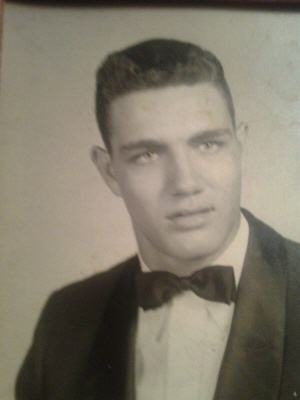 Harold was born on January 4, 1945 in Savannah, Georgia to a large and close extended family. He was raised there by his loving parents, Elmo and Juanita, alongside his sister Brenda.

He graduated from Savannah High School, where he was an All-City quarterback for several years. He developed many lasting friendships at SHS that he appreciated for his entire life. He then attended and graduated from the University of Georgia while serving in the Army Reserves for six years. While at UGA, he met Susan Stevens, the love of his life and his wife of 50 years. After marriage, they moved first to Cincinnati, and then Savannah and Summerville, South Carolina, where their three children were raised.

Harold enjoyed a long and fruitful career in the shipping industry, and he eventually retired to Edisto Beach, South Carolina, where he proudly became a certified pool operator and did battle with the oldest community pool in South Carolina. He was a devoted member of Trinity Church on Edisto and took great pleasure in serving as co-chef for many church breakfasts. Most of all, he will be remembered as a loyal family man and one whose spirit of quiet generosity was an inspiration to all who knew him.

Harold's loving and outgoing spirit will be missed by all, but particularly by his devoted family. He is survived by his beloved wife, Susan, son Matthew (Ainsley) of Charleston, South Carolina, daughter Jennifer Harding (Bob) of Greenville, South Carolina, daughter Anresa of Charleston, six grandchildren, Thomas, Resa, Mary, Jacob, Sally, and Daniel, sister Brenda Helmly (Neal), many aunts, one uncle, and many nieces and nephews.

The family will have a graveside service on January 9, 2021 at 1 PM at Hillcrest Abbey East Cemetery in Savannah, Georgia. All are welcome to attend.

The family suggests any remembrances be made to the National Kidney Foundation - www.kidney.org.