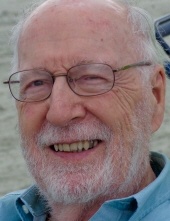 Jack had a great Valentine’s Day — a party with daughter Molly and the dancing “Hat Ladies” at his retirement place in Charleston, S.C. He napped, had a phone call with son David in Germany and went down to dinner with his pals. After the main course, he excused himself, left the table and said he’d be back for dessert. He never returned.
John E. Lillich died after his great, happy day. He’d lived a good life and overcome more odds than a lottery sweepstakes winner. Born in 1922 in Buffalo, the youngest of six children, he was raised and schooled Catholic during the Depression in Rochester, N.Y.
His family was better off than most, but he still considered himself a “poor kid,” small, didn’t do very well at school, not very athletic. Maybe that started him off as a champion of the underdog — the worker, African-Americans, those in trouble and in pain.
He married Helen Moon in 1944 in Indianapolis and boarded the ship to WWII and the European Theater before the ink on the wedding certificate was dry. As the designated bazooka guy in the 14th Armored Division, he went missing in action and was captured in Germany.
He spent the last months of the war in prison camp. He earned a Bronze Star and a Purple Heart. He served as Grand Marshall of the Charleston Veterans’ Day Parade at age 95. He was proud of his military service, but he abhorred and had no heroic illusions about war.
He weighed 90 pounds when he was liberated. The Army doctors told him as a result of malnutrition he’d soon lose his teeth and die young. Jack did have big-time health problems — he had three major heart surgeries, the first at age 50, the last at age 85 to address congenital heart failure. He said afterword he hadn’t expected to live through the surgery but “didn’t want to live the way he was living,” sleeping 20 hours per day. He had a dropped foot as a result of his war injuries.
After he mustered out of the service, he and Helen started their great shared journey together — from the Cornell University School of Industrial and Labor Relations on the GI Bill, to factory management jobs in Rochester; Corning, N.Y.; Bradford, Pa.; Smithfield, N.C., and W. Lafayette, Ind. He called the move South our Yankee family’s “great adventure.”
Smithfield, N.C., was segregated in 1961, but Jack never hid his racially egalitarian views. He sponsored a black fellow parishioner at the little (integrated) St. Ann’s Catholic Church there. Talking to the man outside the courthouse one day, a native Smithfield fellow took Jack aside and told him, “We don’t talk to black people in public.” Jack didn’t miss a beat: “It’s ok, he’s my godson.”
Educated to be “labor neutral,” Jack, although in management, never crossed a picket line. He said he preferred to manage in companies with unions because policies and practices were laid out and clear. He also bristled at the injustice of a “guy making $7 or $8 an hour and can’t afford the car he makes the parts for. A union guy can afford the car.”
Jack was completely devoted to Helen and she to him for their 65-year marriage. They collected antiques and loved going on buying trips together. They were art lovers and proprietors of the Lillich Gallery in downtown Lafayette. For years, they tracked down every edition, translation, film and television production of Tolstoy’s War and Peace. Throughout their marriage, they sat down and did the bills together every month.
When Helen died unexpectedly in 2010, Jack needed a new start. He moved to Bishop Gadsden, the wonderful Charleston, S.C., retirement facility, near daughter Molly.
In his career, Jack moved from manufacturing management to Purdue University, where he earned a master’s degree in counseling, worked in engineering student recruitment and then became one of the founding professors in the Supervision and Organizational Leadership department in the new School of Technology. Sans Ph.D. or academic research publications, he advanced to full professor on the basis of his excellent teaching and adroit politicking.
A loyal Democrat, he lobbied the governor for the position of Chairman of the Indiana Education Employment Board that arbitrated teacher contracts throughout the state. He got the job despite telling the careful, moderate Gov. Evan Bayh that he was “a card-carrying liberal.” Jack thrived in his “favorite job” and was
ultimately recognized with the Sagamore of the Wabash Award, Indiana’s answer to the Kentucky Colonel.
Jack had many causes — racial justice early and late; two of his heroes were Chicago Mayor Harold Washington and President Barack Obama. In W. Lafayette, he gave talks on behalf of the Hemlock Society, advocating right-to-die and assisted suicide. He was known affectionately as “the Angel of Death.” Although he started life as a Republican, he got progressively more liberal as he aged, not the usual way of things.
Jack was a witty phrase turner and master of the sly, ironic aphorism: “He’ll lie when the truth fits better.” “In the U.S., it’s socialism for the rich and capitalism for the poor.”
Jack and Helen had four children: Michael, Champaign, Ill.; Mimi (Brian), Cedarburg, Wis.; Molly (Jim), John’s Island, S.C.; and David, Freising, Germany.
They had seven grandchildren and seven great grandchildren in Indiana, Illinois, Montana, Wisconsin, South Carolina and Georgia.
Jack will be remembered and toasted by his family and friends at Putt’s Pub Martini Night at his Charleston assisted-living facility on Feb. 27. Memorial contributions to the Bishop Gadsden Employee Appreciation Fund, One Bishop Gadsden Way, Charleston, SC, 29412; and the West Lafayette Tree Fund, 915 Scott St., Lafayette, IN, 47904.
McAlister-Smith Funeral and Cremation and Bishop Gadsden will be doing a memorial service at Bishop Gadsden at one of the bars Jack enjoyed visiting.
To order memorial trees or send flowers to the family in memory of John E. Lillich, please visit our flower store.