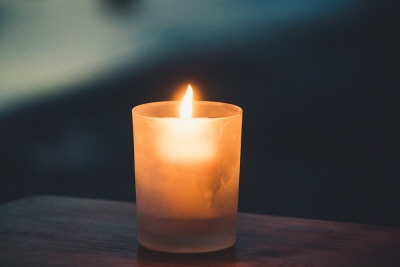 There are some who bring a light so great to the world, that even after they have gone
their light remains. John H Williams Sr., "Howard," passed into the presence of his Lord on July
30th, 2021, at the age of 79, from complications of COVID-19. He fought the good fight, holding
his brides hand, until he closed his eyes in death and finished well.

Howard was born on May 9th, 1942, in Asheville, North Carolina to parents Mary
Catherine Howard Williams and Billie Anderson Williams. Howard lived his younger years
playing with his friends, going to church and was later blessed with his sister Billie Ann. He was
the youngest lay reader and served as an acolyte at Saint John's Episcopal Church in Haw Creek,
North Carolina. He enjoyed working with his "Big Daddy" in his butcher shop. He graduated in
1960 from A. C. Reynolds High School, the home of the 'Rockets.' He enjoyed cars and hanging
out with his buddies Jon Allen and Tommy Trantham. He attended Asheville Biltmore College,
where he obtained a Psychology degree. After moving to Charleston, in 1975 he opened a
wholesale, retail tire dealership (JH Williams Corporation) which we have all come to know as
Williams Tire. In April of 1983, Howard married Patricia Moore Simmons at Old Saint Andrews
Episcopal Church where they have been faithful members ever since. During their many years of
membership at Old St. Andrews, Howard sang in the choir, served as a Lay Reader, served on
the Vestry Board and as Senior Warden. He was an active Lay Eucharistic Minister in a
program he helped to start. He also enjoyed sharing his knowledge of the Bible while teaching
the Old Testament Bible Class every Sunday morning.

Howard would want everyone at Williams Tire to know that he loved and valued each
one of them. He considered them his family and appreciated each person's loyalty and dedication
to the business. He especially enjoyed his relationships with his leadership team and the time
they spent together. He was loyal and faithful to his customers, as his customers were also to
him.

Being passionate in their adjoined beliefs and love of God the Williams (Howard and
Patty) clung (cling) to the word "Dayenu". A term that symbolizes being grateful for the
blessing and abundance God has given you as well in believing if there were no further blessings
that "It would be enough". His life bears testament to his striving to be a reflection of God's
love through generosity to the world around them. Howard's favorite Bible verse was Jeremiah
29:11 which states: "For I know the plans I have for you," says the Lord, "plans to prosper you
and not to harm you, to give you a hope and a future." He relied on that verse and many others to
carry him through each day. The epitome of a Christian life well lived is to hear the Father say,
"Well done my good and faithful servant." Howard has heard our Father say these words.
The simplest pleasures in life brought great joy to Howard. He enjoyed quiet evenings
with his wife and dog watching his favorite TV shows, he especially enjoyed all the seasons of
Downton Abbey and NCIS. On a Sunday afternoon, you could catch him watching football, or
Nascar races, or both if it were a good day. Howard and Patty received their certification in
scuba diving which allowed many opportunities for them to dive in tropical places, like the
Cayman Islands, Hawaii, Cozumel and Cancun. Though perhaps his greatest joy was spending
time with his granddaughters, who affectionately referred to him as "Big Daddy". From baiting a
hook for fishing to teaching math skills through playing card games like rummy to dance
recitals, graduation ceremonies, and Christmas morning festivities. Big Daddy always showed
his love by being there. You could always count on his Donald Duck impression to make
everyone laugh.

"We only part to meet again" (1 Thessalonians 4:17). Those waiting to meet Howard
again include his faithful wife of 38 years Patty, only son Skip (Kelly), daughter Laura (Bill),
stepdaughter April (David), and sister Billie Ann (Dawn). Six granddaughters Brooke, Emma,
Megan, Mary Catherine, Grace, Ella Claire, and his beloved ever so faithful, ball chasing, oreo
sharing companion, Solomon. Howard often told Patty how proud he was of his family and
their many accomplishments.

A Celebration of Life service will be held at Old St. Andrew's Episcopal Church,
Tuesday, August 3rd, 2021, at 11:00 a.m. and will be livestreamed for those who are unable to
attend. Interment will follow in the church cemetery. The family will receive friends at
McAlister Smith Funeral Home West Ashley, 2501 Bees Ferry Road, Monday evening, August
2nd, 2021, from 6 to 8 p.m.

In lieu of flowers, memorial gifts may be made to Old St. Andrews Episcopal Church in
support of their alliance with San Jose Church in the Dominican Republic.
To order memorial trees or send flowers to the family in memory of John Howard Williams, Sr., please visit our flower store.