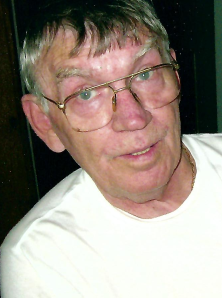 Born on November 18, 1943, in Savannah, GA Joseph was the son of the late Joseph Jackson Edwards, Sr., and Rosa Juanita Edwards.

Joseph enlisted in the US Navy in 1965 and served aboard the USS Forrestal stationed in Norfolk.VA until 1967. Upon discharge from active-duty Joseph joined the US Navy reserves until 1970. Upon returning to Charleston Joseph enjoyed a meat department manager career with supermarket chains including BI-LO, Colonial Stores, Ohlandt, and Piggly Wiggly. Joseph's hobbies included fishing and hunting. He was also a member of the Etiwan Lodge 95 in Mount Pleasant.

A Memorial Service will be held on Thursday, February 24 at 2:00 PM at McAlister-Smith Funeral and Cremation, West Ashley, 2501 Bees Ferry Road. Charleston, SC 29414.

To order memorial trees or send flowers to the family in memory of Joseph Jackson Edwards, please visit our flower store.