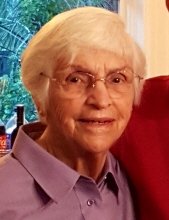 Kathryn Shirley Pelletier left this earth on Sunday, November 24, 2019, peacefully while at home with her family.

Born in 1926 at Beverly Hospital located in Beverly, MA, Shirley grew up as one of seven children.

Shirley’s early years were spent growing up in Beverly where she graduated from Beverly High School. At the age of 21 Shirley met Bob Pelletier who turned out to be her lifetime love and turned into her husband of 67 years. Together they raised their three children, Bob Jr., Peter and Jill, and created a lifetime of memories that included family 4th of July cookouts in the backyard, camping trips and skiing adventures in New Hampshire. During their marriage, Shirley worked at several local businesses where she served as a bookkeeper over the years.

Her personal life was influenced by her passion for singing and working with the church. She was not only an active member of the church choir for many years, but later joined the Rockport Community Chorus. Everyone loved to hear her sing, whether it was at a wedding, singing to tunes on the radio or Christmas carols around the holidays.

Shirley’s outgoing personality supported her special gift to form lifelong friendships based on love that she easily shared, and many felt like they were part of her family. After leaving Beverly, the young family moved to Hamilton, MA where they spent the next 30 years watching the family grow up until her retirement.

Later Shirley and Bob relocated to Exeter, NH where they spent their summers and migrated south during the winter months to Naples, FL and then finally settling in Kiawah Island, SC. There she enjoyed forming new friendships with the “Biker Babes” and the chorus at the Johns Island Presbyterian Church.

In lieu of flowers, memorial donations can be made to Roper St. Francis Hospice c/o Roper Foundation online at www.rsfhfoundation.org/donate.
To order memorial trees or send flowers to the family in memory of Kathryn Shirley Pelletier , please visit our flower store.