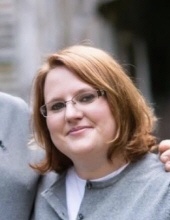 Kristen Suzanne (McNeal) Long of Summerville, South Carolina went home to be with Jesus on June 9, 2020 at the age of 40 at Summerville Medical Center due to labor complications.

Kristen was born in Bloomington, Indiana on September 30, 1979. She graduated from Edgewood High School in Ellettsville, Indiana in 1998. She was a member of Ellettsville First Assembly of God. She gave her heart to Jesus on June 4, 1991. She cared for many people with special needs and disabilities through the years until she became a fulltime mother.

In 2003, she attended NASCAR School in Mooresville, North Carolina and met the love of her life. She married Chris on October 20, 2007 in
Gatlinburg, Tennessee.

She was a major advocate for adoption and animal rescue. She was known for bringing home many animals throughout the years. She was a devoted mother and homemaker. Her laughter was contagious and she lit up a room. She always had a smile on her face. She always encouraged others, was generous beyond measure and did not hesitate to lend a hand. She was a true friend and will be deeply missed.

Viewing will be Sunday June 14 from 2pm-4pm at McAlister-Smith, Goose Creek, South Carolina, ending with a Celebration of Life.

Family has requested in lieu of flowers to donate to Monroe County Humane Society (Bloomington, Indiana), www.anewleash.org, Brownsboro, Alabama, or monetary contributions for the care of Amber and Davion Long. A Go-Fund Me account is currently being set up.