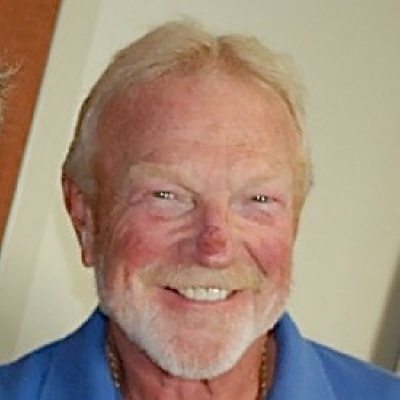 Lew graduated from Pennsville Memorial High school in 1963 where he excelled at academics and athletics as a member of the varsity football team, baseball team, band and numerous clubs. Lew attended the Wharton School of Finance and Commerce at the University of Pennsylvania where he graduated in 1967 with a Bachelor of Science in Economics. Lew was a member of the Kappa Sigma Fraternity where he served as President and Treasurer. Lew was also a 4 year letterman on the lightweight football team. It was at the University of Pennsylvania where Lew met Linda. After a brief courtship and engagement the two were married on September 30th, 1967.

Lew began his business career with E.I. Dupont DeNemours in Charleston, WV. Then after several companies, positions, and accolades, Lew joined Communication Concepts Incorporated of Ivyland, PA as Marketing Vice President. Very quickly Lew became President and then purchased the majority interest in 1983 and became
Chairman and CEO. From 1983 until the sale of the Communication Concepts Group companies and Lew's rtiSrement in 2002, Lew and his team of partners and dedicated employees grew CCI and the associated businesses into the leading direct marketing company in the United States.

Lew's greatest passion was always his wife Linda, children, grandchildren, and extended family and friends that he considered family. While raising his family in Solebury Township, PA Lew coached all 3 of his children in various sports teams, often times leading them to a championship season. Lew had a reputation for choosing kids for his teams the other coaches wouldn't pick, teaching them sound fundamentals and watching them soar. Lew lived his life without an off button and usually at high speeds. His love of adventure and the memories made on the water, on beautiful mountains and travel with family and friends will live on with those that adored him. Generous beyond measure, fiercely devoted to his family and friends, giving sound advice, loving hugs, and warm smiles, Lew was a powerful force.

A Celebration of Life service will be held at a later date.

In lieu of flowers, memorial contributions in Lewis`s memory may be sent to a charity of your choice. .