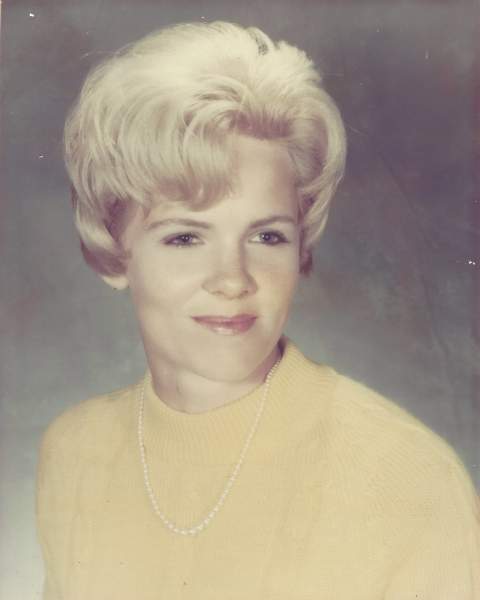 On 12 September 2022, at 1320, my Marine Wife of sixty-four years, made her final voyage as I sat beside her. Together, we had created a family, a daughter, Deborah who resides in St Marks, Florida, a son, Stoney Jr., whereabouts unknown, and a daughter, Karen, who resides at the Home of Guiding Hands in Lakeside, California. Through the years together she was my rock and she lit the lamp to guide us through life together. Our life in the Marine Corps was, in a word, spectacular. We have resided and flourished at Parris Island (twice), Naval Air Station, Memphis, Quantico, NAS Pensacola, Camp Pendleton (twice), Ft Gordon, and Marine Corps Base, Okinawa (twice accompanied), during twenty-six years of active duty. We traveled the world in the Far East together as she worked for the University of Hawaii and Pepperdine University (overseas), plus in her spare time, was a jewelry-buyer for the Marine Wives’ Gift Shop.  Many times, she alone maintained our family during my active-duty deployments including to the war in Vietnam, and other temporary duty, away. Somehow, she maintained this household including caring for and protecting a severely physically and mentally challenged young child (Karen) and accomplished these tasks frequently as we progressed through the Marine Corps ranks and assignments system until retiring from our beloved Corps of Marines.

Afterward, as our children searched and found a life away from our home, she was beside me through Upstate New York (Sheriff’s Office), South Florida (Sheriff’s Office), Guam (researching and writing a book), and in returning to our chosen South Carolina, where we began our married life. She enjoyed travel, and we fondly reminisced on them all, frequently; she loved people and enjoyed being with others at home and abroad. She was an avid reader, which is why she could accurately and professionally assist me in writing books and articles through the last few years. Indeed, without her, there would not have been books and articles published under my name.

Sadly, COVID assisted in her demise, not that she contracted it, but because she could not receive adequate medical assistance during the pandemic. Her small-cell cancer could have been, and should have been detected earlier had her chosen doctor not been otherwise distracted. It took a change in her voice and a visit to an ENT doctor to discover, accidently, her cancer mass. After a year and a half of chemo resulting in periodic hope only to melt away to despair, she fought the disease that would overcome her. In the end, she chose hospice care to assist her in traveling this new road of life, leading toward death. She maintained her spirit to the end. She was my last rose of summer, blooming alone, as the pedals fell one by one.

A great part of me, the part that allowed me to write, and accomplish those things I get credit for, just sailed away to a better place where she may touch the face of God, and inspire heavens angles as she has me and others during her time on this earth.

To order memorial trees or send flowers to the family in memory of Linda "Lyn" Gale Bates, please visit our flower store.