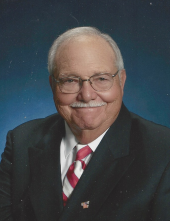 He will be inurned at Fort Jackson National Cemetery in a private ceremony at a later date.

In lieu of flowers, donations can be made to Wounded Warrior at Woundedwarriorproject.org

He was a beloved husband, father, and grandfather. Born on March 10, 1928, in New York, New York. He was the son of the late Frank and Clara Grosso.

Mr. Grosso was a graduate in Mechanical Engineering from Brooklyn Polytechnical Institute in New York. He served as First Lieutenant with the US Army in Korea and stationed as a forward observer for the Artillery. Mr. Grosso was awarded the Bronze Star for “Bravery Under Fire.”

Upon returning home Mr. Grosso worked for General Electric Corporation. Later, he took a job with Ducate Brothers Manufacturing facility in New Jersey. He moved to Columbia in 1973 where he remained an executive until his retirement. During his professional career, Mr. Grosso was a member of the American Gas Association, as well as other professional associations in the field of gas appliance manufacturing. He also served as a member of Rotary International. Mr. Grosso understood the importance of education and assisted in philanthropic capacities for the University of South Carolina while employed with Ducane Heating Corporation.

In the course of his life he developed a passion for golf and travel. Mr. Grosso served as president of Spring Valley Country Club and played golf well into his senior years. While in retirement he enjoyed co-sponsoring charitable golf tournaments. He was also a member of Hope Baptist Church. Most everyone who knew him received his notorious gift of joke-telling. He enjoyed the benefit of humor.