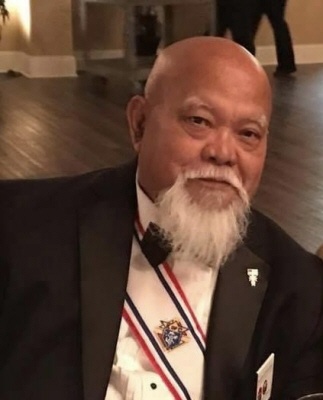 Born on July 28, 1950 in Malabon- Rizal, in the Philippines, Nazario was a son of the late Teodoro Cruz Yangco and Adelaida Tablantante Yangco.

Nazario served his country honorably as a Chief Boatsman's Mate in the United States Navy for 20 years, he was a member of the 3rd and 4th Degrees of the Knights of Columbus and he is a member of the Immaculate Concepcion Catholic Church in Goose Creek. He also served as President of the Booster Club with the Filipino Community Center. Naz as he was known to his family and friends will be remembered for his love of his family and his service to his fellow man.

A Mass of the Resurrection will be at 10:00 A.M. Monday, October 25, 2021 at the Immaculate Concepcion Catholic Church in Goose Creek, Father Noly Berjuega will be the Celebrant. A gathering of Nazario's family and friends for a time of reflection will be from 5:00 P.M. until 8:00 P.M. Sunday, October 24, 2021 at the McAlister-Smith Funeral & Cremation Center in Goose Creek. A Rosary will be prayed with Deacon Pelagio "Jerry" Caoile. Rites of Committal and Interment will follow the mass where he will be laid to rest in the Carolina Memorial Gardens in North Charleston.