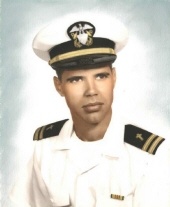 Richard Louis Osterman, 85, of Charleston, passed away August 5, 2014. Richard was born August 9, 1928 in Quincy, MA, a son of the late Louis Osterman and Marjorie Ryan Osterman. He attended Boston College for his undergraduate work and then served with distinction in the United States Navy as a chaplain during the Vietnam War. After returning stateside from his two tours of duty, he completed his graduate work at the University of Southern California. Following the Navy, as a doctoral student at the University of Iowa, he gave several lectures in the area of school psychology. He worked at Systems Unlimited with mentally retarded children. He was a private business owner and a school psychologist until his retirement. He volunteered with the Veteranâ€™s Administration in Charleston, SC and also at the Yorktown at Patriotâ€™s Point. His hobbies were running (including the Boston Marathon) skiing, being an avid reader, classical and Big Band music, going to the opera, museums and other cultural events, and dancing. He was a huge Red Sox fan. He was fluent in 7 languages. He was a lifetime member of VFW Post 10420 in Murrells Inlet, SC. He also belonged to the American Legion and the Moose Lodge. During the last several years of his life, he mentored his daughter's 2nd grade students at Kessler Elementary School at Ft. Stewart in Georgia. His daughter Marisa remembers him as a loving father who was protective, intelligent, and humorous. He was willing to sacrifice for his family. He had a deep love for the Lord. Marisa remembers him taking her to the Cancer Society Ball seeing the Big Band play and telling her that he was going to learn to swing dance so he could take her back next year and dance with her. He did exactly that. They were quite the team as he spun her on the dance floor. His daughter Monica says he was a dedicated, sweet father who was extremely witty. He was a well-educated, intellectual man who loved learning and he liked to learn new things such as salsa dancing with Monica. He was never afraid of a challenge. When he was 84 years old he and Monica hiked part of the Appalachian Trail and also climbed the steep hike to Clingman's Dome, which is the highest point in the Smoky Mountains. Monica also says he was a warrior who never gave up and a man who lived on his own terms. He was extremely patriotic and very proud of his military service. He loved living and lived every moment of his life to the fullest. His wife Susima says he was a loving, charming, determined man with a tender heart and a great sense of humor. He was a humble family man and strived for success. His internal strength was his greatest gift from God. He was the man I loved my whole life. He will always have a special place in my heart. He always made me smile when we heard our song 'I'll Be Seeing You.' Besides his parents, he was preceded in death by 2 brothers, John â€œJackâ€ Osterman and Robert â€œBobâ€ Osterman. Survivors include his wife and best friend Susima Osterman of Charleston, 2 daughters, Marisa Osterman of Charleston and Monica Osterman of Savannah, GA, 1 sister, Lois DaSilva and her husband Terry of St. Petersburg, FL. A memorial service will be held on Thursday, August 14, 2014 at 6:30pm to 7:30pm at Catalyst 61, 2430 Ashley River Road, Charleston, SC 29414. A graveside service will be held at 2pm Friday, August 15, 2014 at Beaufort National Cemetery with military rites. Friends and family wishing to attend may meet directly at the cemetery, 1601 Boundary St., Beaufort, SC. Arrangements have been entrusted to McAlister-Smith Funeral Home, West Ashley Chapel, 2501 Bees Ferry Road, Charleston, SC 29414, 843-722-8371.
To order memorial trees or send flowers to the family in memory of Richard Louis Osterman, please visit our flower store.