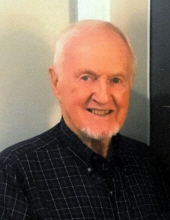 Robert was born in Baltimore, MD on November 24,1936 to the late Willard C and Louise (Schuck) Uhler.

Following graduation from Georgia Tech, Bob Began his career in aerospace, working on the Mercury, Gemini, and Apollo expeditions in Cape Canaveral, FL and ending his career as a test conductor in the building of space shuttles in Palmdale, CA.

After retiring, Bob and his wife Kay, a Charleston native, moved into the 70th home built on Daniel Island in 1998. Following the move to Daniel Island, Bob's passion became art and gardening. He was an active member in the Daniel Island Artist Guild and Daniel Island Garden Club. He will be missed by the many people's lives he's touched.

In lieu of flowers, memorial contributions in Robert's memory may be sent to All Saints Lutheran Church.