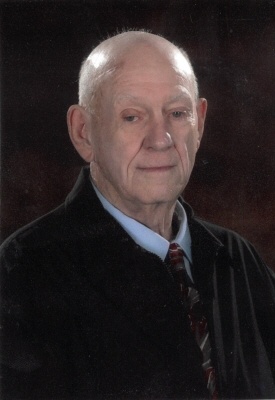 Coach Biggerstaff was born on May 15, 1936 in Sheldon, South Carolina to Robert H. Biggerstaff, Sr. and Susie Mabel Davis Biggerstaff. He grew up in Fairfax, South Carolina where he graduated high school. A football scholarship awarded him the opportunity to matriculate at Newberry College where he met Jane, with whom he would share 57 years of marriage. He was a devoted and supportive husband and father.

He moved his family to John's Island in 1965 to begin his longtime coaching and teaching career at St. John's. Coach Biggerstaff received many distinguished awards and designations while his teams amassed 262 wins, some of which were; State Coach of the Year 1968, Head Coach North-South Game 1976, Head Coach Shrine Bowl 1979, Palmetto Touchdown Club Coach of the Year 1980 and 1984, and SCACA Coaches Hall of Fame Inductee 2016.

He promoted and assisted many players going to colleges and universities on football scholarships; some of who went on to have professional football careers. He was proud of these relationships and maintained them long after they graduated high school. The football field at St. John's was named in his honor the year he retired from Charleston County School District in 1997.

Coach Biggerstaff's passion after football was beekeeping. He started with one hive of bees in the 1969 and eventually had hundreds of hives all over the farms of the sea islands in Charleston County. Many people have enjoyed his Sea Islands Gold brand honey products. He was a longtime member of the SC Beekeepers Association, as well as a member of Fidelity #281 Masonic Lodge, the Elks Club #242 of Charleston, SCACA, and Wesley Memorial United Methodist Church.

In lieu of flowers, memorials may be made to SC Coaches Association, in care of R. Shell Dula, Executive Director, P.O. Box 50028, Greenwood, SC 29649 Email: shell@sccoaches.org.

Per CDC Covid protocols, burial will be private at Live Oak Memorial Gardens. A memorial service will be scheduled for the spring of 2022.

Expressions of sympathy and personal contact information may be submitted online at www.mcalistersmith.com.