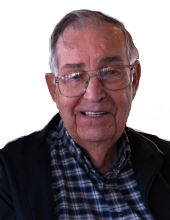 It is with great sadness that the family of Robert Jennings Waldrop (Bob) announce his passing after a brief illness on Thursday, March 8, 2018. He was 87 years old.

He was born to the late Claude C. and Annie L. (née Bledsoe) Waldrop in Buffalo, SC. The family moved to a farm in Clinton, SC when Bob was seven years old. He joined the US Army when he was 16. He celebrated his 17th birthday in Korea and his 19th birthday in Germany.

Bob met Katharina “Katie” Anna Grammel, on Christmas Eve 1949, in Munich, Germany, and after seeing her for the first time he stated “I’m going to marry that woman!” They were married in August 1951 in Clinton, SC.

As a diesel mechanic and crane operator, Bob and Katie followed the construction business, living in Harleyville SC, Florence SC, and Wilmington NC, before settling in Goose Creek in 1962. Bob went to work at Westvaco in North Charleston (now Kapstone Paper) as a mechanic in 1972. He said it was the best job he ever had and worked there until his retirement in 1992.

He was a founding member and active parishioner of St. Timothy Lutheran Church for 55 years. He loved and honored his wife, Katie, for 55 years of marriage until her passing in 2006. He was an honest, honorable, hardworking, and down to earth person. He loved his family, relatives, friends, neighbors, Charleston, the Citadel, and Braves baseball. He particularly enjoyed people, conversation, and a good story or joke. He was a baseball coach, former one-time city councilman candidate, Cub Scout leader, Meals on Wheels volunteer, and a life member of Goose Creek masonic lodge #401.

The family requests, in lieu of flowers, donations be made to St Jude Children’s Research Hospital at www.stjude.org.