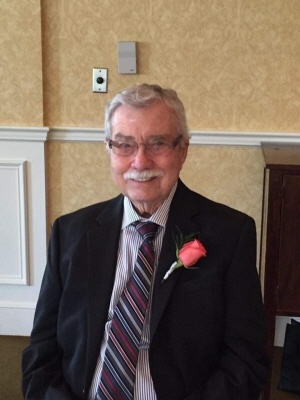 Robert Vincent French, 84, of James Island, SC, husband to Patricia French passed away peacefully at home on Monday, December 02, 2019, surrounded by his loving family. Robert was born on June 15, 1935 in Chicago, Illinois. Robert was the son of the late Vincent Mixon French and Hazel McGaughey French.

Besides his wife, Robert is survived by his son, Vincent A. French of James Island, his sister, Julianna Pinckney (Alfred), five grandchildren, three great grandchildren, and his sister-in-law, Joanne Cullins.

Robert graduated from Charleston High School and attended Presbyterian College. He started as a salesman in the food distribution industry. He then quickly moved to the household goods moving business. Moving is where he spent most of his working years going from sales manager, to vice president and partner in Sellers Transfer Company. He later worked as a sales manager in Azalea Moving and Storage. He received outstanding sales achievement awards in 1965, 1969, and 1975. He was elected president of the Movers Association of Greater Charleston for 2 years.

While Robert was an enthusiast of many activities including fishing, hunting, and boating his true passion was seen in his relationship with others especially his wife, son, grandchildren, great grandchildren, and nieces and nephews who he was exceptionally devoted to. His loving spirit lives forever in all of those who were blessed to know him.

He was elected vice-president of the Charlie Woods Hunt Club and in the boat club, which he was captain of, he was called "the fearless leader". In 1954 Robert became a private pilot through the Federal Aviation Agency. Robert was in the National Guard for many years retiring as a Sargent.

In lieu of flowers, memorial contributions in Robert`s memory may be sent to St. Jude.

Expressions of sympathy may be viewed or submitted online at : www.mcalister-smith.com.