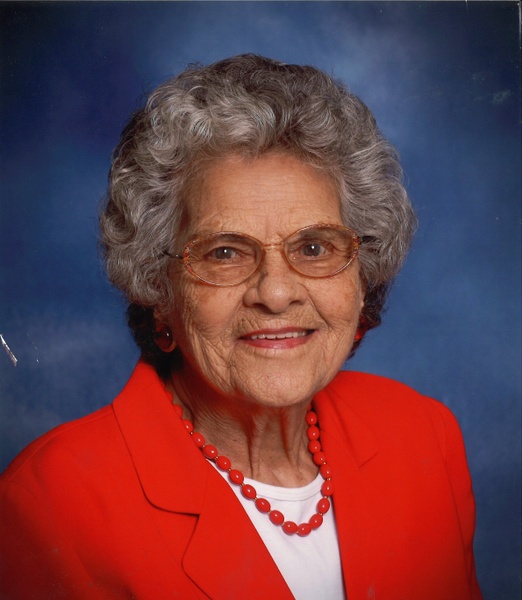 Ruby Rochelle Atkinson Still, 95 of North Charleston, SC, went to be with her Lord and Savior on Sunday night, May 15, 2022.

Ruby was born June 6, 1926 in Dalzell, SC. She was a daughter of the late Delipha Jane "Roberts" Atkinson and Isiah Hendricks Atkinson.

Ruby attended North Charleston High School and was a 1944 graduate.  After graduation, Ruby worked for the Army at the Port of Embarkation as a stenographer processing the military into the armed forces.  She later was hired by the Navy as a clerk typist. Ruby married the late Harris C. Still on December 17, 1946 in Charleston, SC.  Ruby went to work soon thereafter at School Timer Frocks as a seamstress and also worked at Millers Department Store.  Ruby enjoyed camping, vacationing, and spending time at the lake house with friends and family.  She loved crocheting, exercising, cooking, and having family and friends over for cookouts. She was a charter member of Wando Woods Baptist Church where she enjoyed being part of her Sunday school class and the Keenagers.

In addition to her parents and late husband, Ruby was also preceded in death by her daughter, Sandra Lynn Still McKee, and siblings, Morrell Atkinson, Ellen Atkinson Locke, and Ollie Mae Atkinson Sawyer.

In lieu of flowers, memorial contributions may be made to Crescent Hospice of Charleston or Wando Woods Baptist Church Improvement Fund, 4123 Dorsey Avenue, N Charleston, SC  29405.

Expressions of sympathy may be viewed or submitted online at mcalister-smith.com/.

To order memorial trees or send flowers to the family in memory of Ruby Rochelle Still, please visit our flower store.