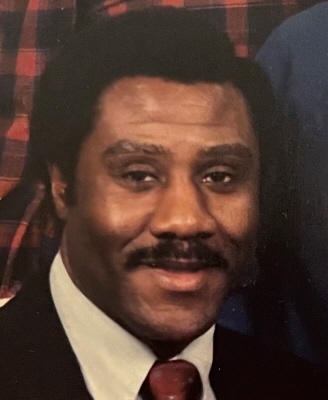 Dr. Theodolph Hamilton Jacobs, Jr., 73, of Charleston, SC, husband to Donna Marie Freeman Jacobs, 72 of Charleston, SC, entered into eternal rest on February 6, 2022, surrounded by his family.
Theodolph is survived by his six children: Jamian, Breâna, Henry, Devrin, Emma and Akira, their spouses and his thirteen grandchildren.
Born on June 28, 1948 in Brooklyn, NY, Theodolph was the son of the late Theodolph Charleshood Jacobs and Mabel Allen Jacobs and brother to Pammie, Phyllis, Yama and his late sister and brother Evelyn and Allen Jacobs.
Dr. Theo graduated from Stuyvesant High School in New York City before attending Cornell University in Ithaca, New York. At the towering height of 5'7", he played middle guard for Cornell's football team and was co-captain in 1969. He graduated with a Bachelor of Arts in Social Psychology in 1970.
In 1971 he met Donna Marie Freeman, who, dating his roommate at the time, barged into his life in the kitchen where he was cooking. His immortal first words to her were, "Where did you come from?" to which, she replied, "New Jersey." And that was that. They were married in 1975.
He attended the University of Massachusetts, earning a Master's degree in Education, Columbia University for Pre-Med and finally, George Washington University where he earned his medical degree in 1980. He was Chief Resident at the Medical University of South Carolina in 1983, where he completed his internship and residency.
After practicing in Louisville, Kentucky, he returned to South Carolina and worked in many healthcare facilities before opening his own private family practice, Body of Christ Health Ministries, in 1989. After 19 years of private practice, he became the medical director at the Sherrif Al Cannon Detention Center in Charleston, SC.
In addition to his work, he earned his black belt in karate through Japan Karate Institute, became an Elder at Abundant Life Church, loved playing his 9ft Steinway Grand Piano, was a devoted regular at the local Starbucks, played chess every day, and lauded the exploits of Tom Brady.
The family will receive friends on February 12, 2022 for a memorial service at McALISTER-SMITH FUNERAL & CREMATION, (843) 722-8371), 2501 Bees Ferry Rd, Charleston, SC 29414. A reception will follow at Abundant Life Church, 1945 Bees Ferry Rd., Charleston, SC 29414.
In lieu of flowers, memorial contributions in Theodolph`s memory may be sent to: Donna M. Jacobs at 1732 Sulgrave Rd. Charleston, SC 29414.
Expressions of sympathy may be viewed or submitted online at https://www.mcalister-smith.com

To order memorial trees or send flowers to the family in memory of Theodolph Hamilton Jacobs, please visit our flower store.