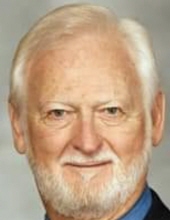 He was born on September 18, 1943, in Charleston, South Carolina, son of Marguerite Whitson and Cecil Jacques.

Bill was preceded in death by his parents and his older brother, Jimmy Jacques.

Bill graduated from Rivers High School in 1961. Among his many accomplishments, he served in the Army National Guard for 8 years and was a member of the Elks Lodge for 49 years. Bill founded American Inspection Services in 1991 and was instrumental in getting home inspectors licensed in South Carolina. He was a proud member of the American Society of Home Inspectors (ASHI) and served as their president in 2013. He was an avid fan of NASCAR, the Washington Redskins, and the Atlanta Braves. Bill and Petrina have been members of St. Mary’s Catholic Church since 2006 and he lovingly served the parish as a lector, a Eucharistic Minister and in any way he was needed.

Visitation will be held on Wednesday, July 31st from 10-11am at St. Mary’s Catholic Church, 4255 Highway 165, Yonges Island, SC 29449. A Mass of Christian Burial will be held at the church at 11am, and a celebration of life will follow at the church hall.

In lieu of flowers, memorial contributions may be made in Bill’s memory to the Hollings Cancer Center at the Medical University of South Carolina.