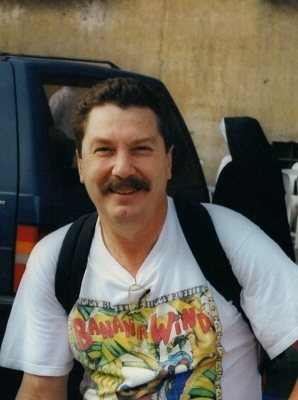 Born on August 30, 1945, in Sullivan, MO to Orla Raymond Sohn and Alona (Dill) Sohn, he attended school in Sullivan, MO. During high school he joined the United States Navy in 1962. Hoping to see the world, his dreams came true. During his enlistment he was stationed on the East and West coast. He cruised the Mediterranean, was on an around-the-world cruise and saw combat in Vietnam while patrolling the rivers during the war.

While in St. Louis, Bill also attended the University of Missouri and took a position at Hess and Culbertson Jewelers which was a part of the Zale's Corporation. As a salesman, he fell in love with the jewelry business and took courses from the Gemological Institute of America to further his education.

In 1972, the Zale's corporation sent him and his family to St. Paul, MN. At this location he was employed as a manager. In 1976, he and his family became weary of the long and cold winters of the Midwest. Soon after, Bill took a job in Atlanta, GA at Maier, and Berkeley where he worked as Manager. Several years later, he became a traveling salesman, marketing Seiko watches, as well as other fine jewelry lines.

Bill's entrepreneurial spirit took over when he and Sally opened jewelry stores in Marietta and Gainesville, GA. When their son, Raymond, was born, they decided to leave the jewelry retail sector and devote more time to family life.

Shortly thereafter, the couple moved to Charleston, SC where Bill opened a jewelry manufacturing and repair business. Several years later, his daughter Kristina and her husband, Rex McClure, became partners and established Sohn and McClure Jewelers. As business grew, Bill opened a retail location on James Island, SC. Due to the need for a larger location, Bill elected to move to South Windermere Shopping center where his son Raymond joined him. Upon Bill's retirement in 2018, Raymond became manager while Rex remained at the downtown location on East Bay Street.

Besides his family, which was of upmost importance to him, he enjoyed traveling, good food, wine, and humor. He also loved his interactions with customers and often shared stories and experiences with them. Ever an optimist, Bill will always be fondly remembered by family and friends for his sense of humor and his ability to solve any problem.

As a husband, father, son and brother, Bill's memory will live on in the hearts and minds of those who knew him with love, sincerity, and thankfulness. God speed to you on your journey.

He is preceded in death by his father Orla Raymond Sohn and Mother Alona Bernice (Dill) Sohn of Sullivan, MO.

The family would like to thank Dr. Hugh Durrence of Liberty Doctors, Dr. James Orcutt and staff of Roper St. Francis Oncology and nurse Kelly Wagner of Crescent Hospice.

To order memorial trees or send flowers to the family in memory of William Clyde "Bill" Sohn, please visit our flower store.