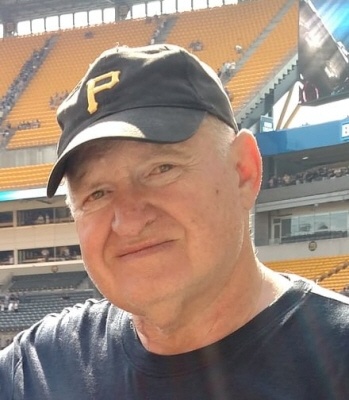 William Pryce Fletcher, Jr., 74, of Beaver Falls, passed away peacefully on August 26, 2021, after a long and difficult struggle with Alzheimer's disease. Bill faced this challenge, as he did all difficulties, with great dignity and bravery.

"Fletch," as he was known to his many friends, was born on August 23, 1947 in Beaver Falls. He was raised in Beaver County and was a graduate of Quaker Valley High School. After high school, he served his country in the United States Navy in Vietnam. After his honorable discharge, he was a railroader, working for Conrail (Norfolk Southern) at Conway Yards until his retirement in 2007.

Bill has been many things throughout his life. He was a firefighter and Captain with the Patterson Township Volunteer Fire Company. He was a softball player and umpire with the Amateur Softball Association. At Quaker Valley and in the Navy, he was a successful football player. He was actively involved with Blackhawk Cougars football, serving for several years on the "chain gang" and supporting the Quarterback Club. He was also an avid golfer, who loved playing Stonecrest Golf Course in Wampum.

However, his favorite role was loving husband, father, and "Appy" to his four grandchildren, Lucas, Ali, Megan and T.J. Although his last years were difficult, he took great solace in his grandkids and loved spending time with them.

Bill was preceded in death earlier this year by his beloved wife of 50 years, Sandy (Izzo), with whom he has now been reunited. His family is confident that he is now joyous that he can be with her "forever and ever, amen."

He is survived by two sons to whom he provided guidance and the ultimate example of his own actions: John (Maria) Fletcher of Mount Pleasant, South Carolina and Jeff (Kate) Fletcher of Dormont, Pennsylvania.

In light of the current state of the pandemic, there will only be an outdoor memorial service at St. Mary's Cemetery in Beaver Falls at 10:00 a.m. on Saturday September 4, 2021.

In lieu of flowers, his family asks that memorial contributions in Bill`s memory be sent to the Cure Alzheimer's Fund (curealz.org).

Expressions of sympathy may be viewed or submitted online at https://www.mcalister-smith.com. Funeral arrangements have been entrusted to McAlister-Smith Funeral and Cremation, Mount Pleasant, South Carolina.
To order memorial trees or send flowers to the family in memory of William Pryce Fletcher, please visit our flower store.